In order to develop the potential of employees, it is necessary to implement and maintain various staff training and development programmes. In this regard, EVRAZ works in parallel on developing employees, management, mentorship programmes, and interaction with external bodies.

In 2018 the average number of training hours per year per employee decreased by almost 11% compared to 2017.

In 2018 EVRAZ continued with the From Foreman to Managing Director programme, whose participants are foremen with an average age of 40. There are around 4,000 foremen in the Group: first-line managers who interact directly with workers. 98% are appointed from within, hence these are employees that are occupying managerial positions for the first time. The programme serves to help develop managerial skills and competencies, and provides opportunities for managerial growth and development.

Mentorship has always existed in the Group: the production experience exchanges within employees’ generations. In EVRAZ a mentor is considered to be a second profession, and a special approach to mentoring is adopted. In December 2018 the first Mentorship Forum was held at EVRAZ ZSMK, and the new project “Mentorship. Reloaded” began at West-Siberian CHP. New approaches to mentorship will be implemented in 2019, and mentorship programmes will continue in all subdivisions of EVRAZ ZSMK, EVRAZ NTMK, and Raspadskaya Coal Company.

In 2018 the Group implemented the Top-300 programme, in which production facility managers participate. Top-300 is a platform for facilitating interaction among managers and between people that are critical within the production chain. EVRAZ CEO Alexander Frolov and Vice Presidents were the first staff to undergo the training. As a result, the CEO and the Group’s top managers have become curators for the first 103 programme participants.

In 2018 the regional competition On the Mentoring Path was held. According to the voting results of jury members, which were presented by employees of Kuzbass industrial companies, teachers of Kemerovo State University and Kuzbass Technical University, EVRAZ ZSMK won. The HR Directorate of the Siberia region of Steel segment and West-Siberian CHP employees presented a mentorship project at the competition. According to Alexei Sovetov, Deputy Chief Engineer for Operational Work at the West-Siberian CHP, a mentor “provides a newcomer with a feeling of safety and encourages their development, shares knowledge and experience, instils the values and traditions of the company, and helps the newcomer be involved in corporate events and feel as though they are a valued part of the team.” All these actions together combine to enhance the development of professionalism and help EVRAZ function more efficiently and harmoniously. There are 2,700 mentors currently working at EVRAZ ZSMK and their number is growing. 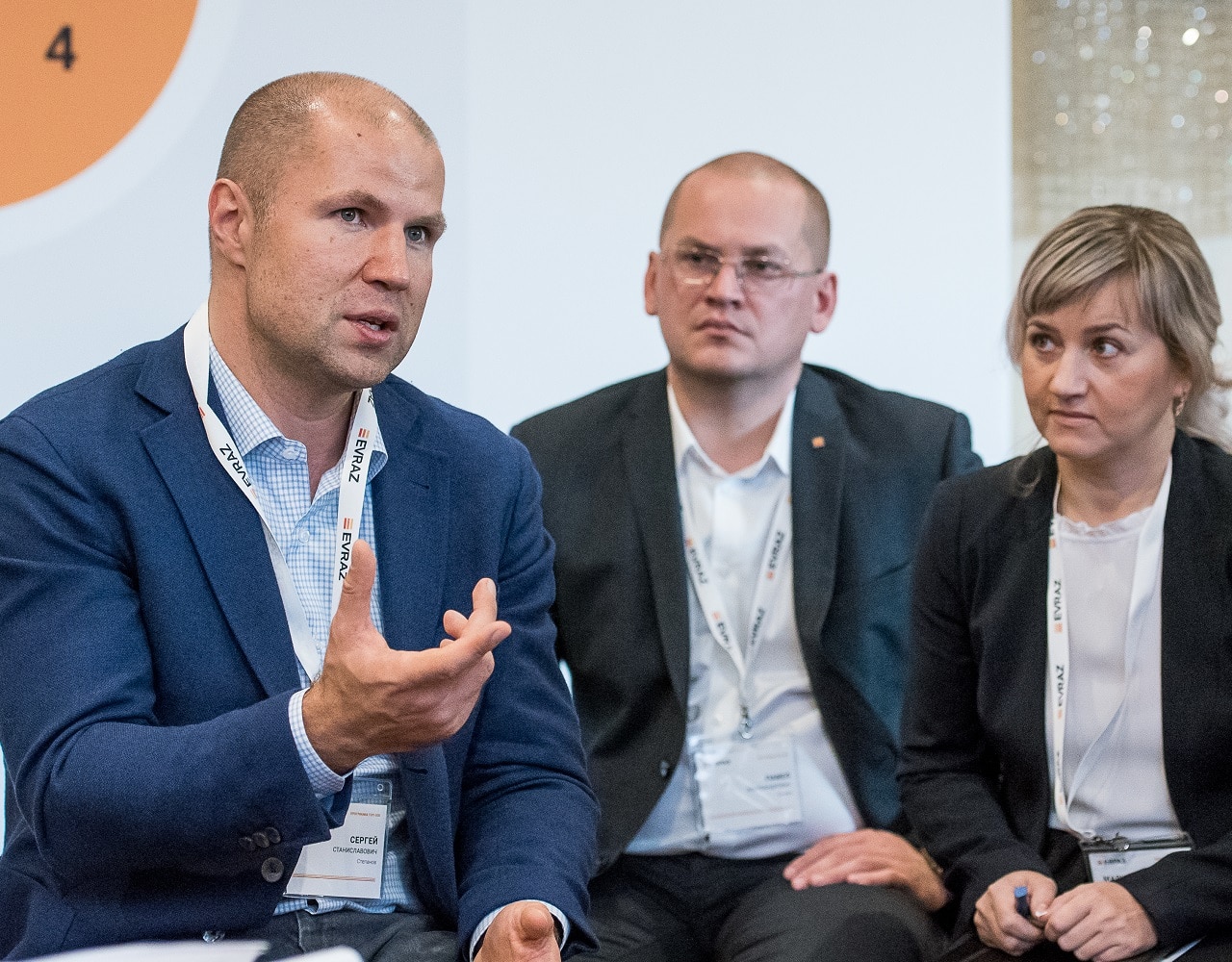 In October a new corporate training programme Top-300 was launched. Its participants are production facility managers from all Group segments. The motivation behind creating a programme was the need to support transformations taking place within the Group. Heads of departments are involved in implementing EVRAZ Business System Transformation (EBS-T) projects as well as other improvements; these work with people and search for development opportunities. The first module, which took place in October, discussed the changes that occur in the Group and the goals that it sets. From 19 November to 21 November, as part of the second module, a meeting took place in Moscow that included production facility managers and the directors of mines from all EVRAZ segments. The main topics were people – their development, professionalism, and motivation. At the meeting, the standard practices of a leader and the procedures that they should follow when working with people were discussed:

EVRAZ not only organises internal training programmes, but also actively interacts with external bodies. This year the Group continued work with the Skolkovo Business School on the New EVRAZ Leaders programme. In 2018 a large selection process was held, and each selected employee was given a promotion opportunity. In 2019 we plan to work with projects sponsored by corporate directors, and the project goal will be the development of soft skills.

For four consecutive years EVRAZ has been participating in the WorldSkills programme, and is particularly interested in the hi-tech aspect of the programme. In 2018 a Junior section was included, presented by the children of staff and sponsored by educational institutions. All educational centres and training grounds were equipped according to hi-tech international standards.

EVRAZ continues to pay attention to Health and Safety learning. In 2018 all theoretical training was transferred to an online format, while practical training was based on the case study method. Over 30% of the programme features case studies. The focus shifted from tracking the implementation of technological regulations to an analysis of people’s behaviour. 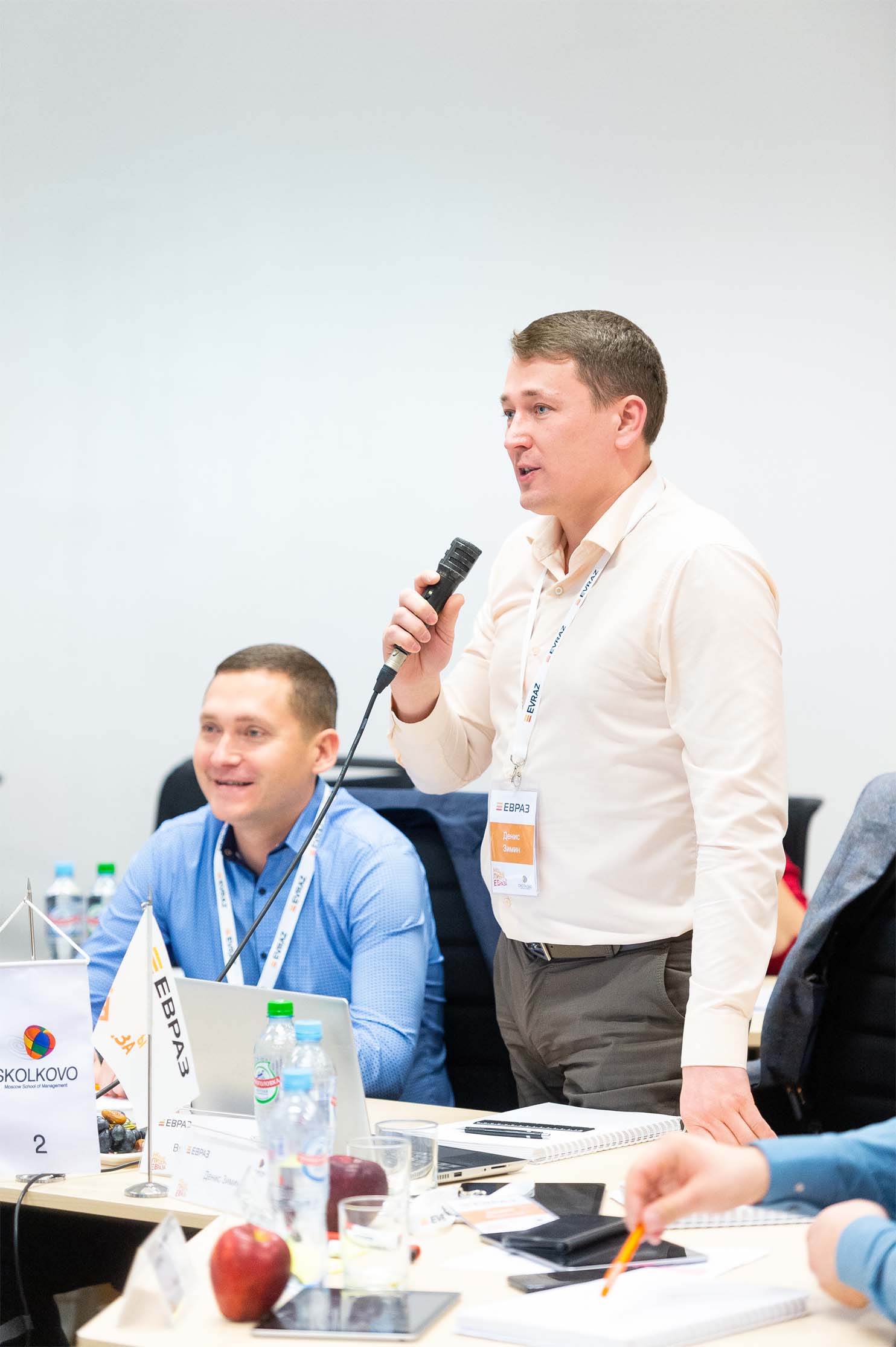 EVRAZ New Leaders is the most popular corporate training and development programme. It was launched in 2009 and continues today. Employees with leadership experience that have been working in EVRAZ for over two years as a senior master can take part. EVRAZ implements the programme in partnership with the Skolkovo Business School. Over the 10 years of the programme’s existence, 58 projects have been developed, and there have been 375 graduates. At the same time, 65% of programme graduates receive positions in the first two years after training, while 10% receive positions while still doing the programme. 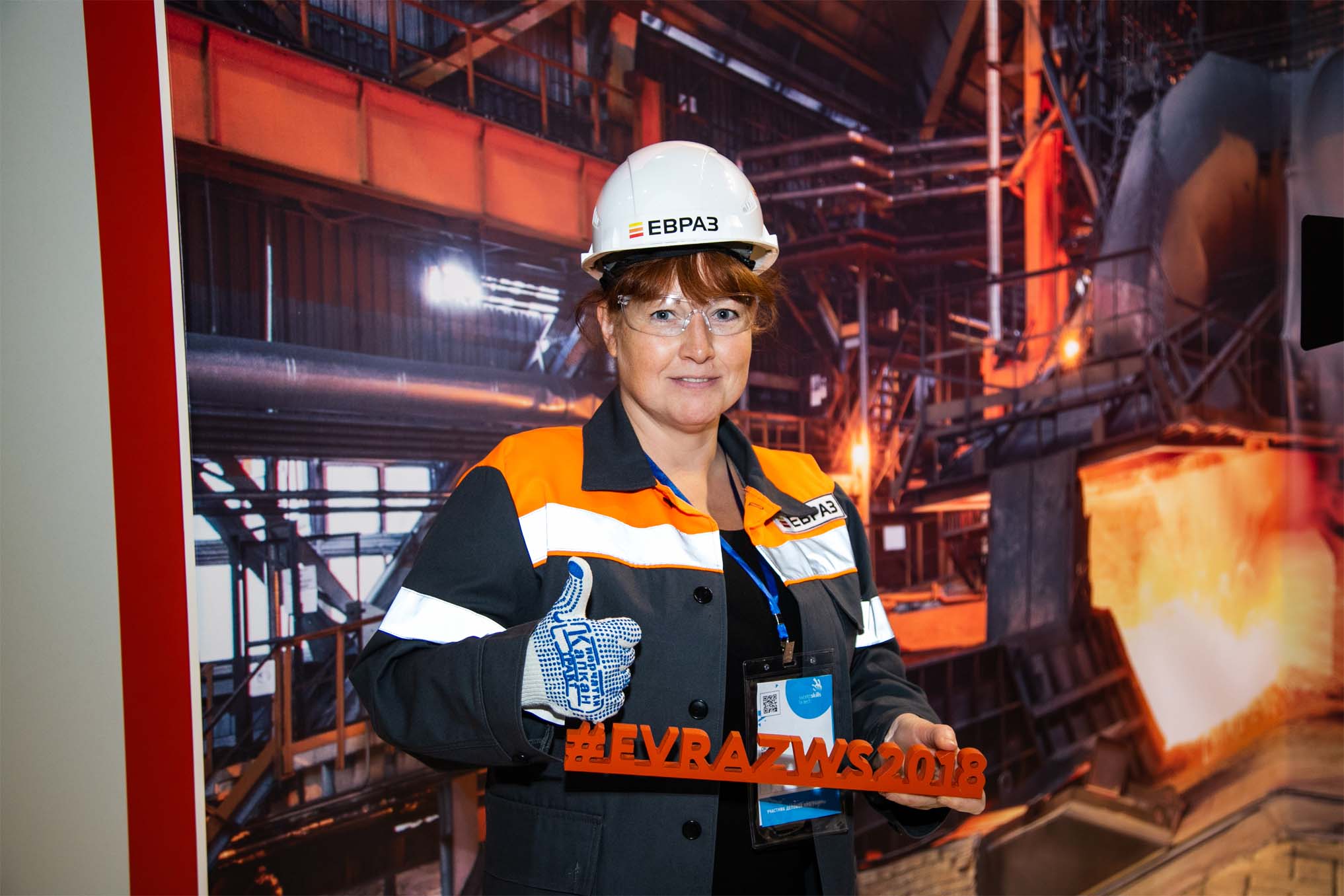 WorldSkills
From 21 to 25 May 2018, the III WorldSkills corporate championship was held in EVRAZ. This has morphed into one of the largest professional competitions in Russia. The championship was attended by 100 people, including employees of seven EVRAZ companies, and students and schoolchildren. 92 experts assessed the technical skills of participants in nine competencies. For comparison, in the first championship in 2016 only 25 EVRAZ ZSMK and EVRAZ NTMK employees took part. During the week the EVRAZ training and production centre held competitions to implement various tasks, and hundreds of participants had an opportunity to attend an exhibition of robots and participate in various technical masterclasses.