EVRAZ actively supports social, sports, environmental and cultural programmes in the cities where it operates, including hosting our own events and joining nationwide and federal level initiatives.

At the federal level EVRAZ provided support for the Rogachev Centre for Paediatric Haematology and Immunology, which is aimed to improve the treatment for acute myeloblastic leukemia in children. In cultural and educational sphere the Group supports the Documentary Film Centre in Moscow, the Garage Museum of Contemporary Art in Moscow, the Yeltsin Centre in Ekaterinburg and the Novokuznetsk Drama Theatre. In sport sphere EVRAZ supports the men’s volleyball club “Dinamo” (Moscow) , women’s volleyball club “Uralochka-NTMK” (Nizhny Tagil), hockey club “Metallurg” (Novokuznetsk) and sponsored the Grand Slam international judo competition in Ekaterinburg.

Special attention in 2018 was addressed to the Health and Safety awareness raising campaign. This campaign was organised not only for EVRAZ employees but also for residents of regions and cities of Group’s presence. A special social advertising campaign with TV programmes and billboards was developed and successfully implemented. 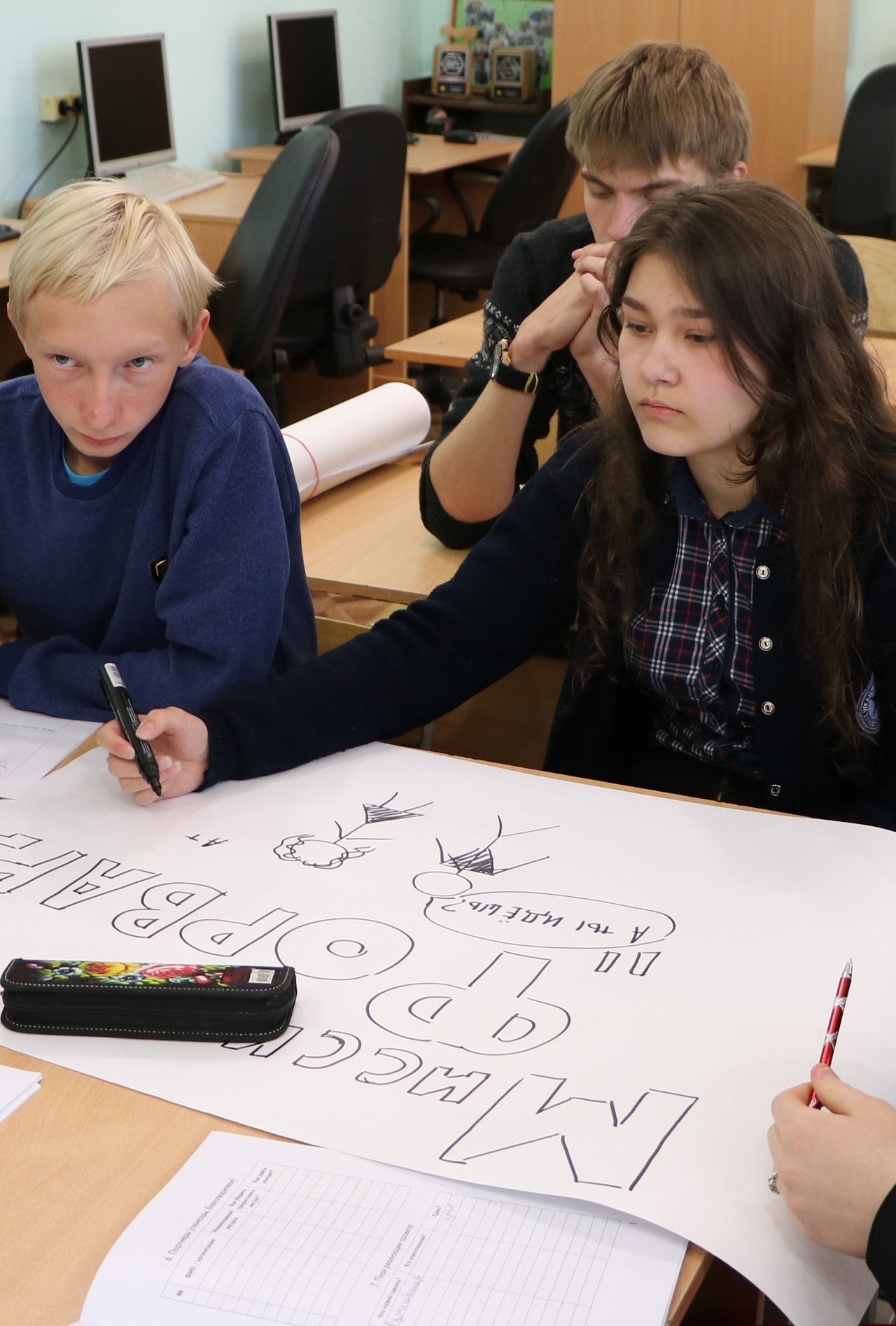 The All-Russian social project “Children’s foresight” is a project aimed at the involvement of schoolchildren in the design of the future of their cities, as well as the implementation of their own socially significant projects.

The technology “Children’s foresight” includes not only the development of projects, but also their practical implementation. In 2018, EVRAZ together with the Agency for Social Investment and Innovation held the Children’s Foresight for the first time in Kachkanar. More than 65 schoolchildren aged from 12 to 17 took part in the project. The proposed social projects were aimed at improving the city as well as leisure time for young people and bringing them to a healthy lifestyle.

The winners attended a social change leadership camp organised by the Agency for Strategic Initiatives that was held at the Artek international Children’s camp. 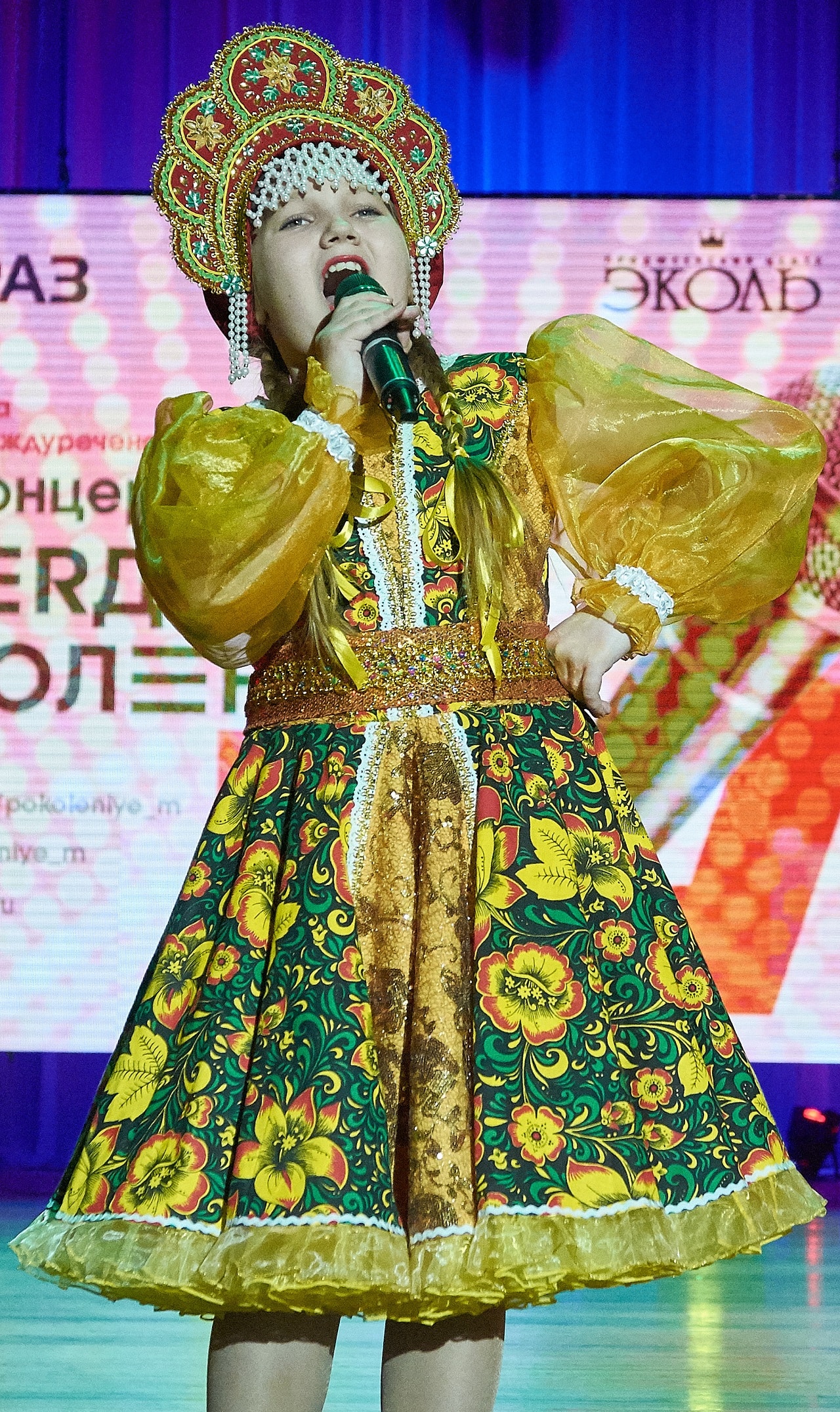 In 2017–2018, the “Generation M” project was held in Mezhdurechensk with the partnership participation of EVRAZ, MTS and the administration of the Mezhdurechensk urban district. This project was a regional competition, which included special competitions and nominations, master classes with participation of professionals of the federal level. The project included several areas such as “Photo Art”, “Cinematography” and “Vocal”. For two years, more than 3 thousand people took part in the “Generation M” project. The aim of the project was the development of creative abilities, initiative, increasing the level of cultural leisure in the city among schoolchildren of Mezhdurechensk.

Within the Generation M on virtual creative sites of the project, children from all over the country can show their talents by participating in contests, online master classes and interactive exercises from Russian stars in different areas.

Since the start of the Generation M project, 240 children from 60 regions of the country became its winners and awardees; for each of them the project became a very important step in their creative career. The project gives children a lot of opportunities: from the internships at the largest animation and film studios of Russia to entering the big stage with stars and joining the creative universities of the capital. 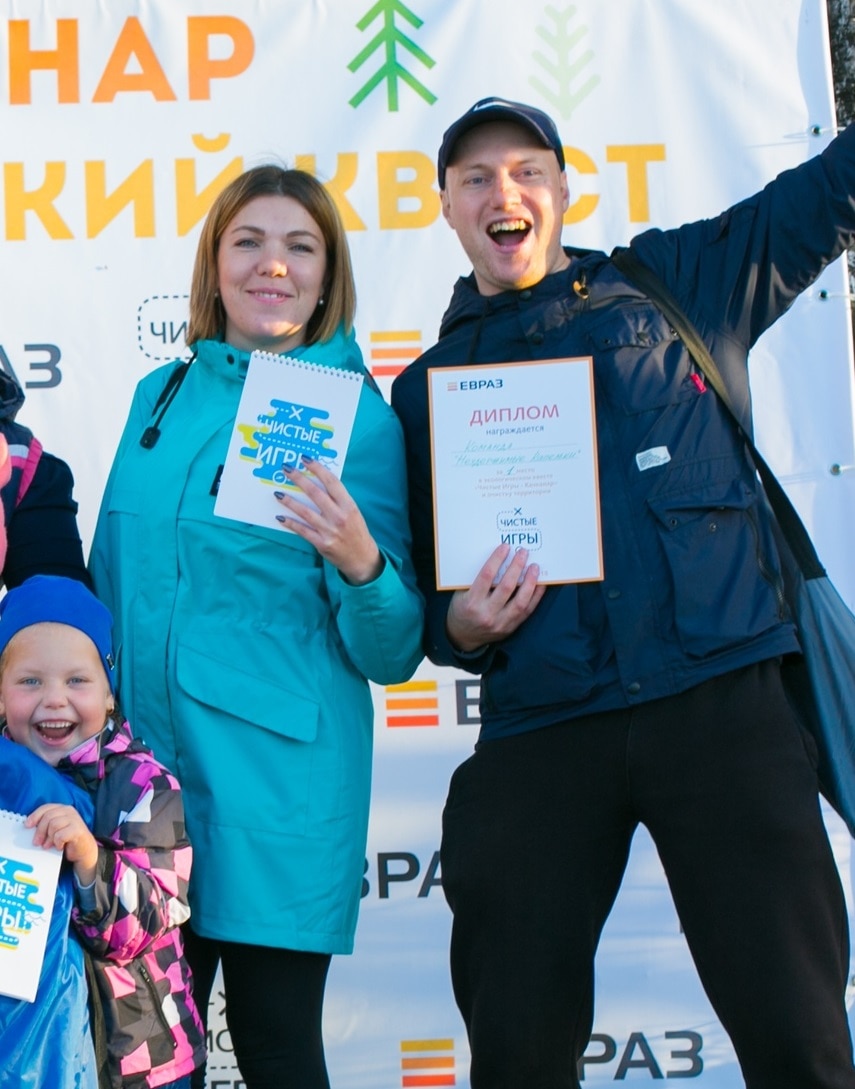 “The Clean Games” in Kachkanar

1.5 tonnes of plastic, glass, metal, paper were collected on the shore of the Kachkanarsky pond. In the Clean Games 37 teams took part. Among the participants are schoolchildren, teachers, employees of EVRAZ KGOK, families. In the defined area the participants had to collect garbage separately, collecting points. Points were awarded not only for the amount of garbage collected and batteries separately, but also for the correct answers in the environmental quiz, photos of the area before and after cleaning, participation in competitions.

An annual “High Five” event took place in Novokuznetsk, Nizhny Tagil and Moscow. The main goal of the event is to draw attention to a healthy lifestyle and running, as to the most accessible sport.

But the run is not only for pleasure – it is also for good purpose. Charitable registration fee for adult participants is 100 rubles. EVRAZ doubles the amount collected during the race. All funds are transferred to sports rehabilitation of children diagnosed with cerebral palsy, as well as children who find themselves in a difficult life situation.

The “EVRAZ: City of Friends – City of Ideas” is an annual grant contest that has been held for more than 10 years. The project is aimed at engaging the public to improve urban space, protect the environment, develop social initiative and increase activity of the population in the field of social engineering, landscaping, environmental education and the preservation of urban natural resources.

The project “EVRAZ: City of Friends – City of Ideas” is a two-times winner of the annual competition in the Corporate Charity Leaders contest, a joint project of the Donors’ Forum, PwC and Vedomosti newspaper, in category “the Best programme contributing to the NGOs, charity and volunteers infrastructure development in the region of the company’s presence.”

In 2018 contest has been held in four cities where the Group operates: in Nizhny Tagil, Kachkanar (Urals), Novokuznetsk and Mezhdurechensk (Siberia). The contest received 167 applications from Siberia and 187 from the Urals in 2018. The grants totalling US$230 thousand were issued to 51 projects. Overall, the projects received more than 23,405 votes and the programme’s website had 72,757 visitors. In 2019 the contest traditionally will be organised in Nizhny Tagil, Kachkanar, Novokuznetsk and Mezhdurechensk.

While EVRAZ does not have a centralised volunteering programme, for many years the Group’s employees have been helping people in difficult situations, supporting children’s institutions and organising various sport and social events of their own accord. In regions of operation, there is a very strong labour union movement and a high level of self-organisation within employees. As a result – the volunteer movement exists in regions created by employee’s initiative without headquarters involvement and any motivation programmes.

For the mid-term perspective EVRAZ consider the possibility to create a Volunteer programme to develop this stream more effectively and support volunteers locally.

For the second consecutive year, EVRAZ NTMK employees have held the “Relay of Good Deeds”. It started at the plant in February 2017 and has since had more than 8,000 participants who have helped 12 educational institutions in the Sverdlovsk region.

In 2018, the following events were held as part of the Relay of Good Deeds: 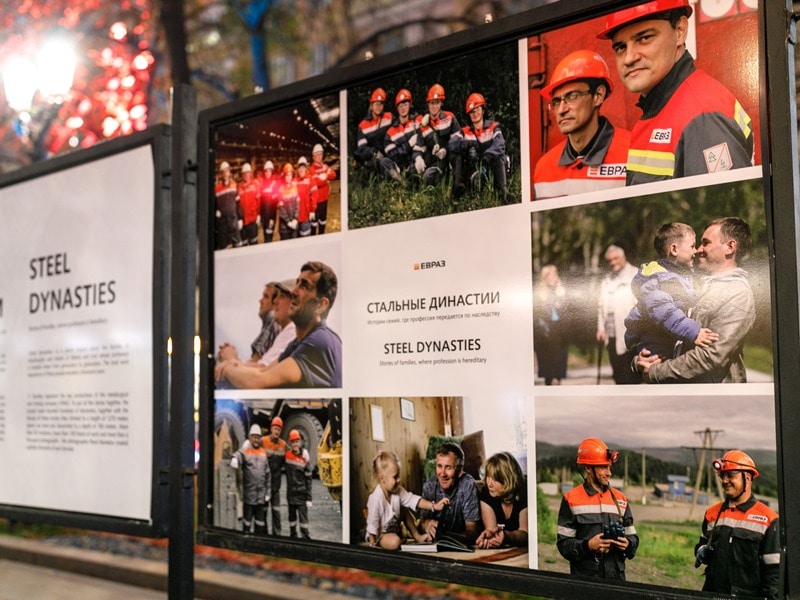 “Steel Dynasties” presents the story of five families of steelmakers and miners from Siberia and the Urals, where the professions are passed down from generation to generation. The combined work experience of the families exceeds 500 years. The five families represent the Group’s core operations: EVRAZ NTMK, EVRAZ ZSMK, EVRAZ KGOK, Raspadskaya. The project team travelled hundreds of kilometres to put all the stories together.

Bridging the gap between EVRAZ and the local communities

In 2018 EVRAZ focus attention on people in external communications and conducted two big digital projects in collaboration with nationwide media: “Steel Dynasties” with Lenta.ru and the “The Power of Generations” with Komsomolskaya Pravda newspaper (for more information see Employees section). The result of this collaboration was two media projects presenting family stories promoting steel related professions and popularisation of EVRAZ as a responsible company.

EVRAZ cares about health and environment in regions where operates. It is also an important aspect in communication with local communities. It is important to be transparent and open for stakeholders input. For these reasons in 2018 EVRAZ organised an open tour on the plant for local community representative. 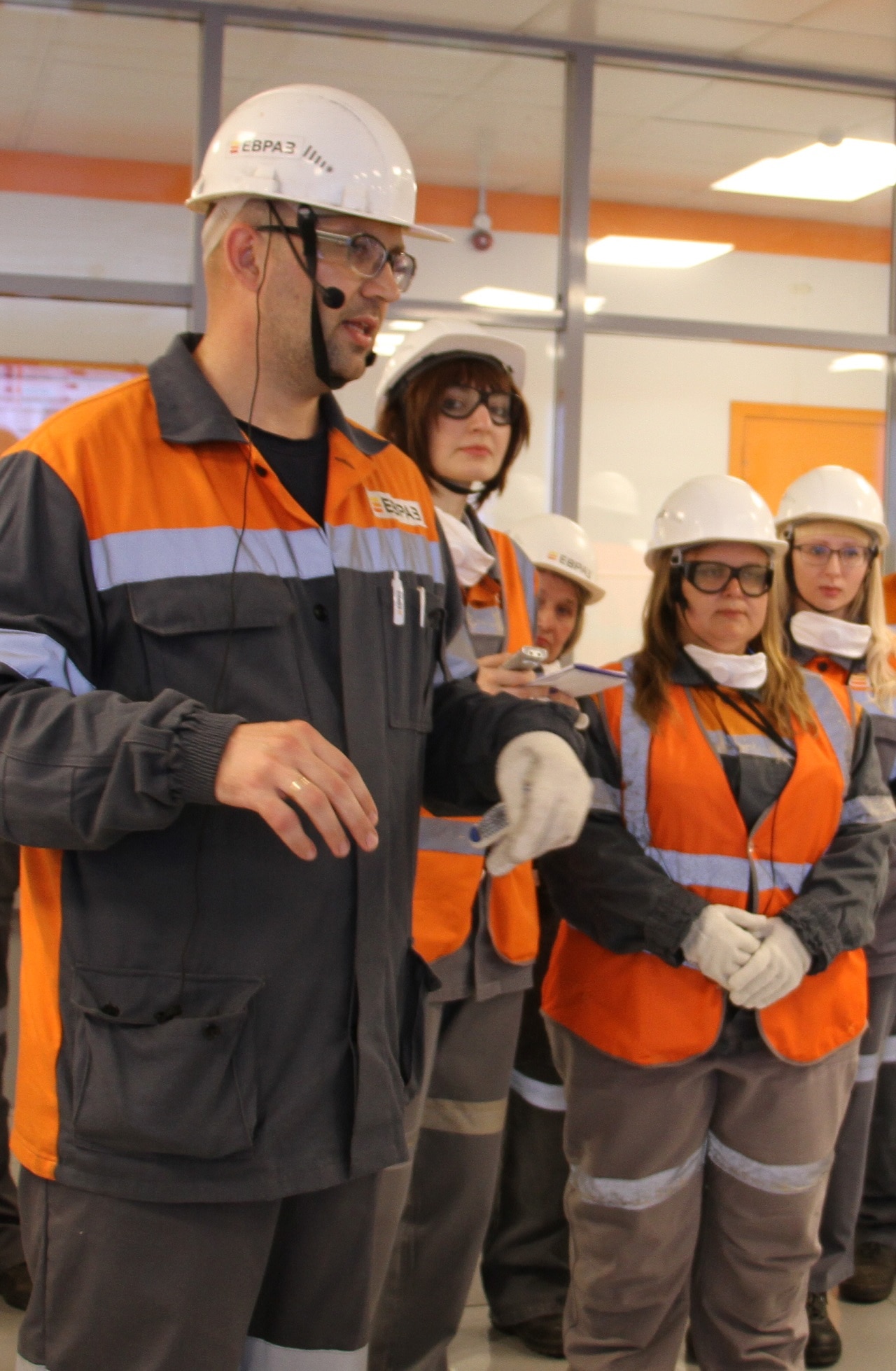 Open tour on plant and blast furnace no. 7 visit for local communities’ representatives

The successful launch of blast furnace No. 7 at EVRAZ NTMK was one of the most significant events for the Group in 2018. It took only 18 months to complete construction of the project, which had a total CAPEX of US$196 million. The furnace has an annual pig iron output of 2.5 million tonnes and is considered to be one of the cleanest in Russia, with an increase in air purification of 2.5 times and a reduction in coke consumption of 5 kilogrammes per tonne compared with other operating furnaces.

The blast furnace No. 7 construction was one of the most important investment projects in Sverdlovsk region which have a high social significance. It helps to secure working places for high-qualified employees and has an important environmental effect. It is a most clean blast furnace in the industry in Russia.