The Group’s operations do not take place in any specially protected natural reservations or areas of high biodiversity value, however, we are aware of the possible ramifications that our mining and steelmaking operations have for biodiversity in areas where we operate. We therefore aspire to cultivate a culture of fostering among our employees a proper attitude towards nature and biodiversity, as well as to environmental project management and productive communication with local communities. As part of managing biodiversity, we place a special emphasis on encouraging local initiatives from our enterprises.

Rehabilitation of disturbed lands and landscaping

EVRAZ implements a number of long-term projects that are designed to offset the environmental footprint of our activities.

The year 2018 saw the completion of a project to rehabilitate disturbed land at the old EVRAZ ZSMK waste storage area. A total of 17.9 hectares was rehabilitated, 2,400 pine seedlings were planted, and the territory was transferred to the Administration of Novokuznetsk.

Ensuring that water ecosystems provide suitable habitats for various species is an integral part of EVRAZ stance on biodiversity. We are committed to implementing measures that help river species survive safely in water intake areas near our power plants.

A new fish protection device was commissioned in 2018 at the coastal pumping station in Novokuznetsk, which supplies water to the combined heat and power (CHP) plant of the West Siberian Metallurgical Plant. The new device helps prevent young fish from perishing in the water intake area on the Tom River. A two-barrier protection system ensures that large- and medium-sized fish are kept away from the water intake bucket of the pumping station using a small grid; fish are also repelled by an electric field that is created.

72,300 whitebait
fish were released into the rivers of the Kemerovo and Sverdlovsk regions in 2018
3,500 trees
were planted by EVRAZ employees in 2018

EVRAZ performs landscaping activities at the industrial sites and sanitary protection zones of our enterprises. As part of various environmental campaigns we plant trees in parks, squares, city streets, and territories around kindergartens. We run the Second Life to the Trees campaign, part of which involves bringing young trees from mining allotments (where forests are to be felled) and planting them in earmarked locations.

As a part of our social activities, EVRAZ is committed to raise the awareness of specially protected natural zones and their inhabitants among the population. 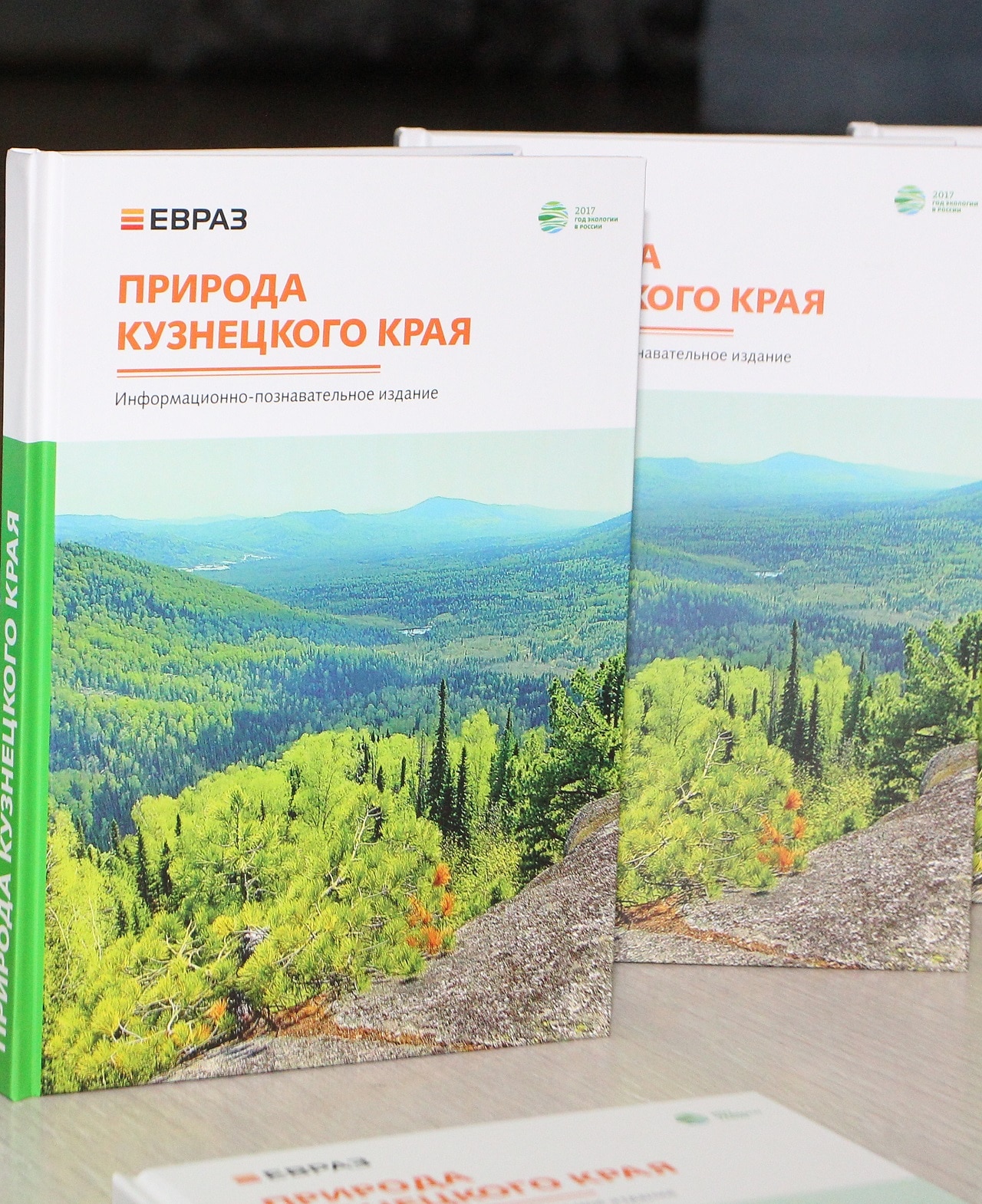 In 2018 EVRAZ supported the publication of a book dedicated to the nature of the Kemerovo Region. The book comprises sections on specially protected natural reservations, local nature reserves, and eco-museums and provides extensive information about the inhabitants and geographic features of the region. The book will be used in thematic workshops and environmental literacy seminars. Experts from the Novokuznetsk culture department are planning to create ecological paths and walking routes based on the book.